How Many Types Of Projectors Are There And For What Purposes Are They Used? 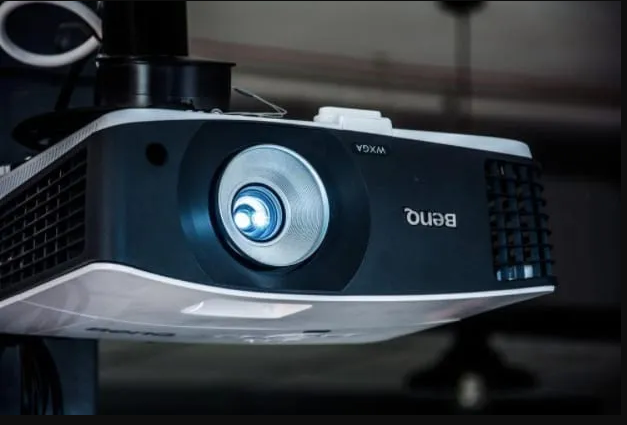 Projectors are divided into different types with regard to their technology. The three well-known types of projectors that users will find on the market are:

We present these three types below.

The abbreviation DLP stands for “Digital Light Processing”. Most DLP projectors are equipped with a color wheel and a chip that contains numerous tiny mirrors. The devices can display lower contrasts than LCD projectors. Further advantages of a DLP projector: They are very bright and have very good response times. Compared to LCD projectors, DLP projectors are less sensitive to dust and do not have to be serviced as often.

The disadvantages: DLP projectors are more expensive and often louder than LCD devices during operation. Their color fastness is lower. When watching movies with the best projectors, a rainbow effect can occur in some cases. The primary colors flash within the video, especially in scenes that are very high in contrast. Not many people perceive this effect and not all of them find it disturbing.

LCD is the abbreviation for “Liquid Crystal Display”. The lamp of an LCD projector produces light that is split into the colors green, blue, and red by a dichroic mirror. The light is then brought together again in a prism by three LC displays (red, green, and blue). In it, the images from the different shades of color are superimposed and projected onto the wall as a color image. Today, LCD projectors are also called 3LCD projectors to indicate the three LCDs in different colors in the projector.

Most LCD projectors are smaller than DLP projectors, have a lower weight, cost less, and have a higher colorfastness. In addition, the devices sharply delimit the pixels from one another. In this way, users can easily recognize and read graphics or text.

The disadvantage is that a so-called fly screen effect occurs with some LCD projectors. The individual pixels can be seen in the images. The effect occurs only rarely today and especially in models in the lower price range with a low resolution. Another disadvantage is the LCD memory effect. The image is burned in when a user leaves the projector for a very long time on an image. This can cause ghosting. Screen savers, which keep the picture constantly moving, can help against this. LCD projectors offer lower black levels and are more susceptible to dust and are more expensive to maintain.

There are also other display technologies, such as LCoS. This is the abbreviation for “Liquid Crystal on Silicon”. This refers to a technology that has special panels to create images in projectors. They are similar to LC displays, but they work reflective. Projectors with LCoS have a sharp image and high contrast. However, the image quality deteriorates over time. In addition, dragging occurs here, so that the dragging effects are also one of the disadvantages. The best-known LCoS variant is SXRD from Sony.

Which projector is suitable for which purpose?

If you want to buy a projector, you should ideally orientate yourself towards the intended use. In the following paragraphs we show three common areas of application for projectors and explain which device is suitable for the respective purpose:

Mae is a computer salesman who has been in the business for over 10 years. He is an expert in his field, and he loves helping people find the right computer for their needs. Mae is always up for a challenge, and he loves working with new technology.

What Are The Main Benefits Of Wifi Transmitters?